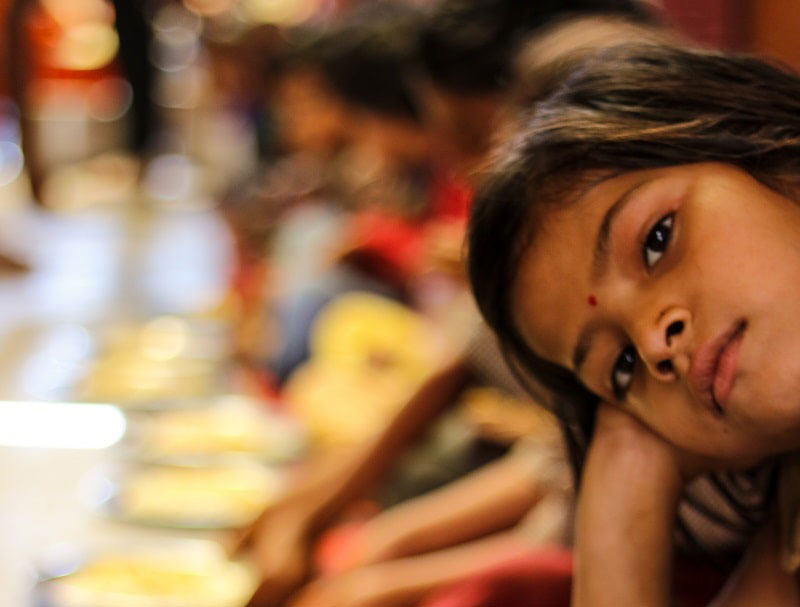 Around 30% of newborns die due to lack of nutrition. 3,000 children die everyday of Hunger. About 15% of India is undernourished. One third of food in India gets lost or wasted. All of this constitutes for India to be one of the number one causes of death in our country. Given how fast our population grows the supply to the needs of the people functions at a much slower rate than is required. It is stated that “India does not have a low production, low productivity is where the problem lies. 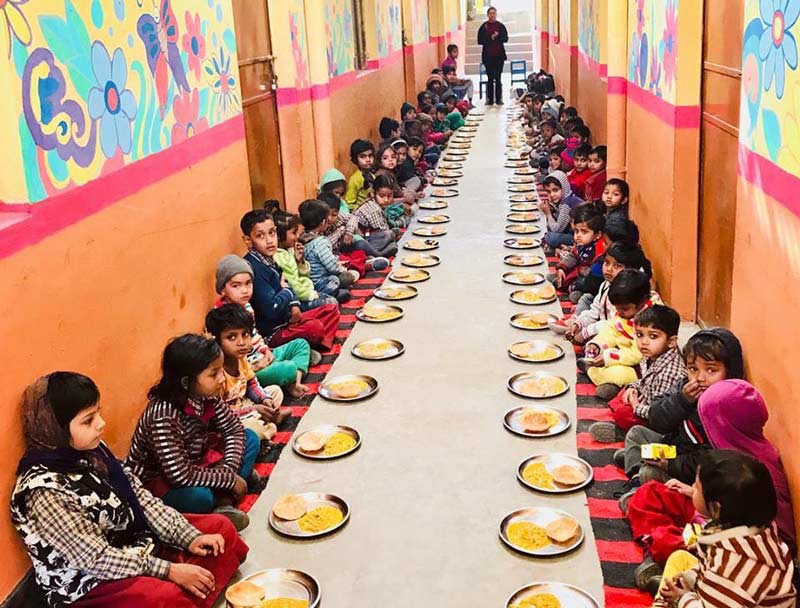 One of the most substantial aids we provide to the needy in the community is daily meals.
We provide warm fresh food to children every day, this is for the children attending our centers and the one’s involved with our bus programs. Feeding program is incorporated into our daily school program as well. They attend school and at the same time receive a hot meal. Some may just attend the school for the food, but either way it is a win-win for us. 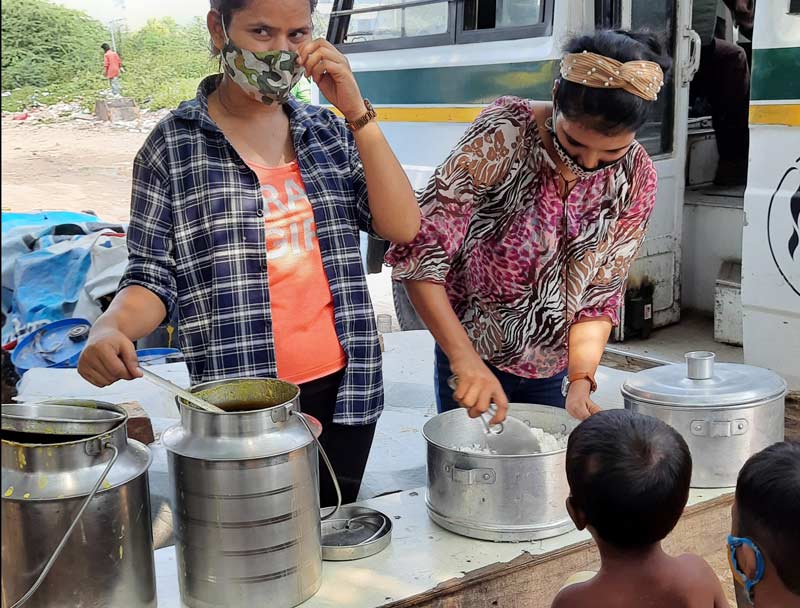 We have a fully established kitchen for this cause. The food is prepared by our own staff members and packed by them to be delivered in the different locations our outreach is in. We have over the years fed 10,000+ children with quality food.

We would never cease the responsibility of making sure that in the communities that we have established ourselves in, go without food. We only see ourselves growing and enlarging our numbers. 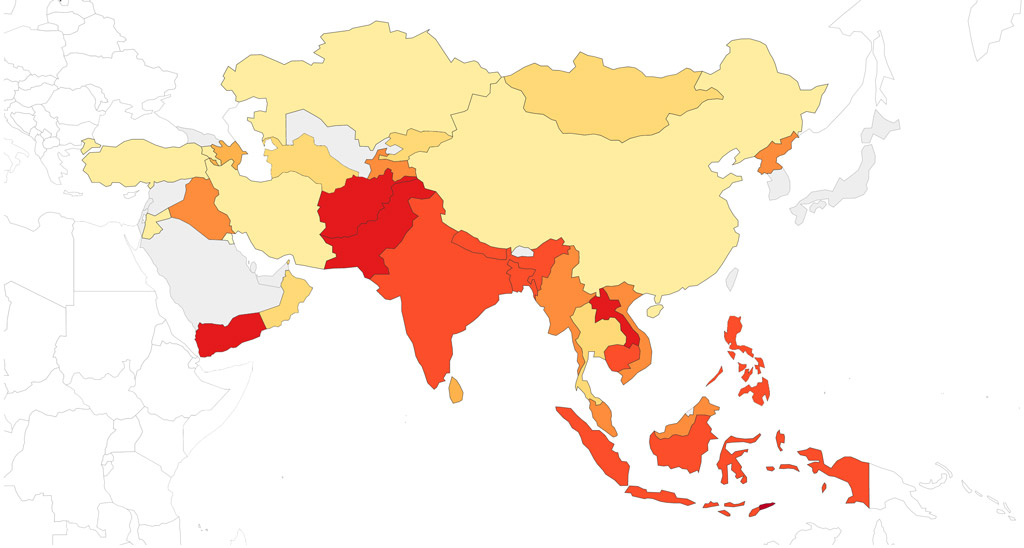 CHILDREN UNDER THE AGE OF 5 WHO ARE HINDERED IN GROWTH.

India is among the countries where children have stunted growth and the condition of malnutrition walks into their adolescent years. We’ve stepped into this cause providing EVERYDAY meals to children attending our schools and in our locations. 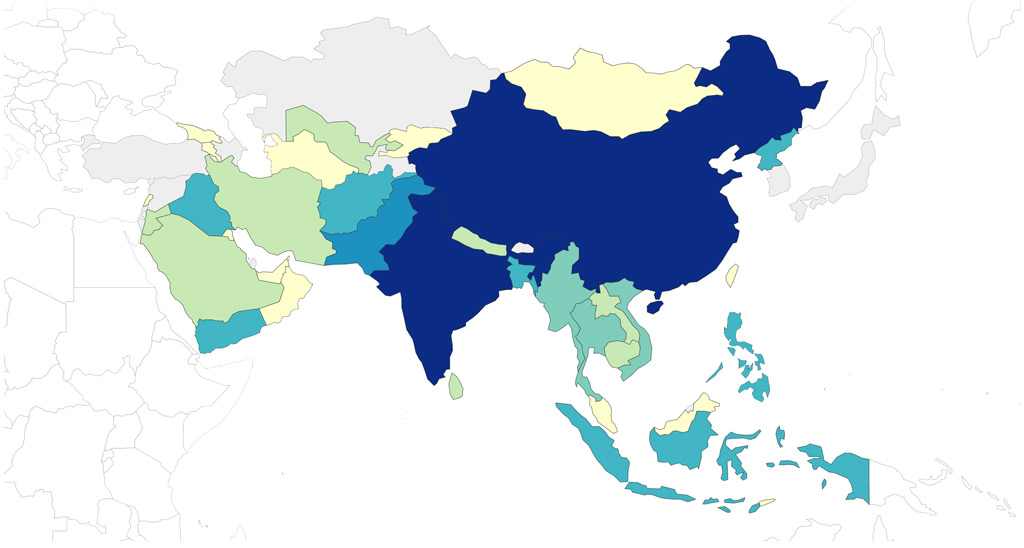 Among the number of countries who are undernourished, India falls in some of the worst cases of Hunger. With over 194 million people living in undernourishment.

In the Global Hunger Index India is considered among the countries that has serious key hunger indicators. Where there is prevalence of malnutrition and child mortality much higher than other countries!

the story of bhavna

Bhavna, a six year old, lives in Jhatav Mohalla in Tuglakabad and is the first child for her parents. She was born with down syndrome and the family only got to know about this when she turned one. She was not developing and showed very few improvements in her growth. The family tried some local medicines but it didn’t result in any difference. They were almost to the point where they had lost all hope for her as they could not afford the expenses for medical care.

That’s when someone in their neighbourhood told them about Hope School. Bhavna began attending Hope School and it was all very new for her, to meet strangers and sit with other kids.

Initially she found it hard to understand all that was going around her. It used to feel loud and a lot of movement to capture. It was also difficult for the teacher’s to get Bhavna’s attention on things being taught in class; she wouldn’t even look at people or respond back when she was addressed.

Despite the challenges the teachers at Hope School continued to speak to her and engaged her in physical exercises that helped her body to loosen up. Bhavna loves watching television and she gets very excited for outdoor games. Bhawna has slowly started to recognise her teachers and started to show gestures to communicate with her teacher. She has even begun walking without any help.

These are some big milestones that we have seen her achieve and gradually we wish to see more! The special curriculum designed and practiced for children of special needs at Hope School has been adapted well by Bhawna and the other kids, a turning point in their lives for a better future.